Welcome and thank you for visiting  Golden Age Mentor.

A Golden Age Mentor such as Annwyn, is one who has made a Soul Contract of Service with Humanity and Mother Earth, to be at the forefront while ushering in the next Golden Age on Earth. That time is now and Annwyn is dedicated to assisting others to awaken  to their own unique purpose for being on Earth at this extraordinary time.

A Golden Age is a period of enlightenment through the raised consciousness of Humanity, when extended periods of Peace and Prosperity are the norm. The two most recent Golden Ages on Earth were created by the Lemurians and the Atlanteans who, at their peak, enjoyed thousands of years of Harmony and Abundance of All Things. Sadly that ended over 12,000 years ago.

But the spiral of energy never ends or rests and now, Earth is in another Window of Ascension which holds the potential for humanity to leap into the next level of consciousness, the fifth-dimension, such as in former Lemurian and Atlantean times.

Annwyn’s Service occurs at many levels from personal to planetary level, taking the form of

Annwyn works within the paradigm of the Golden Christed Consciousness and collaborates extensively with The Angelic Kingdom, The Ascended Masters, The Elohim, The Elemental Kingdom, The Lemurians of Telos and The Atlanteans of Posoid. Her embodiment of Mother Earth Energies allows for a grounded relationship with Galactic Star Brothers and Sisters; her pathway is always that of The Heart.

It is imperative that humanity Embody’s, that is Becomes, all that they are becoming conscious of, by actively making this information their living, sacred  wisdom. Merely connecting with information at the intellectual level fails to ground and embody the consciousness that we must integrate into our daily lives. We are each our own Sacred Temple, and it within the most Inner Sacred Sanctuary of our Heart, that the consciousness of the fifth-dimension is held. Enlightenment is the Key and the Heart is the Doorway.

For ongoing intuitive insights and updates on events, you may wish to   follow Annwyn Hanham on Facebook 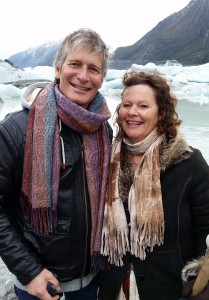