The Golden Light of Christ – lighting our  pathway  home.

If to find our way ‘Home’ means to return to where we came from, then we can celebrate the opening of an ancient, golden door! The welcome mat is out for us and the one waiting to greet us is our Divine Self; our great I AM Presence. Lighting the pathway for our return are uncountable Ascended Masters, Archangels and Elohim holding lanterns of Illumination and Love that glow with the Golden Light of the Christ Consciousness.

The Guardians of this ancient door or portal (an opening into another dimension) called   Raeul and me back less than a year since our last dance with Spirit there… and with just weeks to gather a group at the sacred mountain, Aoraki/Aorangi/Mt Cook in the South Island of New Zealand. Despite us wondering who on earth, if anyone at all would answer the call to anchor “The Resurrection of the Golden Light of Christ“, all flowed beautifully and a wonderful group of nineteen New Zealanders and Australians wove magic together during the potent energies of Winter Solstice, June 21st, 2016. We were supported by many other groups of Light Workers throughout New Zealand as well as those who were tuning in from Glastonbury, Eureka (near Mt Shasta), the Merlin Forest in France, Prague, Hong Kong, Malawi and Switzerland. We were also connected energetically with Ihaia and Dellaina (channel of Almora) who were holding ceremony at an ancient stone circle in Jersey (UK).

I’m sure our initial surprise at being asked to work with ‘The Resurrection of the Golden Light of Christ’ could be well understood as we were very aware of the potential to step on sensitivities; the topic of Resurrection has been so thoroughly misrepresented, as have practically all of the teachings of Jesus (Jeshua). Not only that but the Christian religion has claimed dibs on ‘The Christ’, yet the Christ Consciousness extends far beyond the lifetime of one man and his bride and Divine Complement, Mary Magdalene. Yeshua lived a life that demonstrated his teachings in a very practical, daily way that all could emulate. His teachings were based upon Divine Love, Divine Wisdom and Divine Power (the premise of all Christed civilsations) to be embodied by all who so choose. An emphasis of his teachings was that we are to claim our own Divinity. The whole point of seeing the divinity in oursleves through practical, daily living has been marginalised by the main relgions who have favoured intellectual dogma instead. 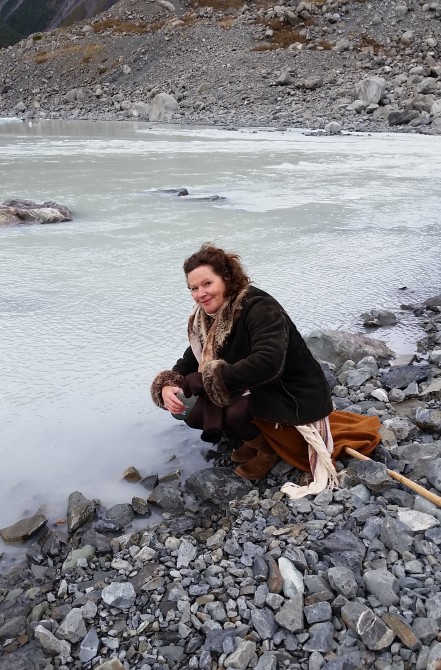 ‘Home’ is not a location, but a conscious Knowing of one’s own Divinity, a conscious relationship with one’s I AM Presence. As Saint Germain declares “I AM that I AM that I AM!” The way to connect with our Divine I AM Presence is through our Sacred Heart…there are numerous chambers in our Heart and it is here that we hold the Sacred Fires of the many Flames that usher us through our ascension pathway. For Humanity to have stumbled blindly through lifetime after lifetime, mostly disconnected from our innate Divinity,  has often been a nightmarish experience to say the least. All that had been offered  was ‘to have Faith in Faith!’

Humanity is awakening! Millions of people have already begun or are well into their Journey of the Soul as they uncover layer after layer of the illusion that they thought was them. This is a huge journey…but there are Teachers, Healers, teachings, tools and resources, not to mention the Energies available to us now that support our Ascension process. Even awakened Light Bearers have been feeling somewhat jaded by the on-going clearing that seems to continue despite heightened levels of awareness. After receiving just an introduction to the pure teachings of the Christ Consciousness, along with gifts of Energy activations, many of the Aoraki group reported renewed vigour of their Faith, but more importantly, their innate Knowing that we are indeed ascending, that we are indeed on our way Home! 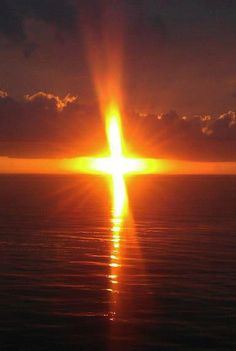 This revival of spiritual vigour is just one of the many gifts of the Resurrection Energies carried within the Resurrection Flame, one of the teachings of the Christ Consciousness. Many of us have not known that Resurrection is the complete restoration of anything to its Perfect state. It was exciting and empowering to discover that we can apply Resurrection Energy to almost everything that exists. There is no limitation to Perfection because Perfection is an expression of Divine Love. When we only hold the frequencies of Divine Love, then only Perfection can exist for us. Our Perfected physical, mental, emotional and spiritual body becomes a multi-dimensional body that is capable of living on Earth for as long as we choose. 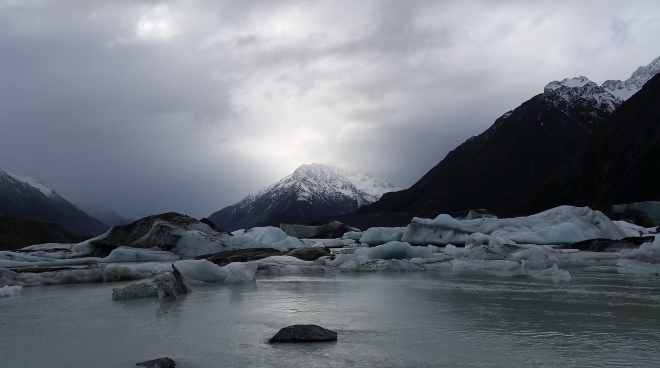 Preparation on the first day included the frequencies of Purification and this role had been allocated by Spirit to Gail Taylor who called upon a former aspect to work through her. A special ceremony took place outdoors where our group loved the surprise of being greeted by the glacial Lake Tasman complete with great chunks of glacial ice bobbing in milky waters. On the second day Gail also held the energies for the Sentinel Crystal of Israel and so I leave these two stories to be told by her. Raeul and I were well supported by Gail in another of her roles as guardian of the group energies, and are so very grateful to her. 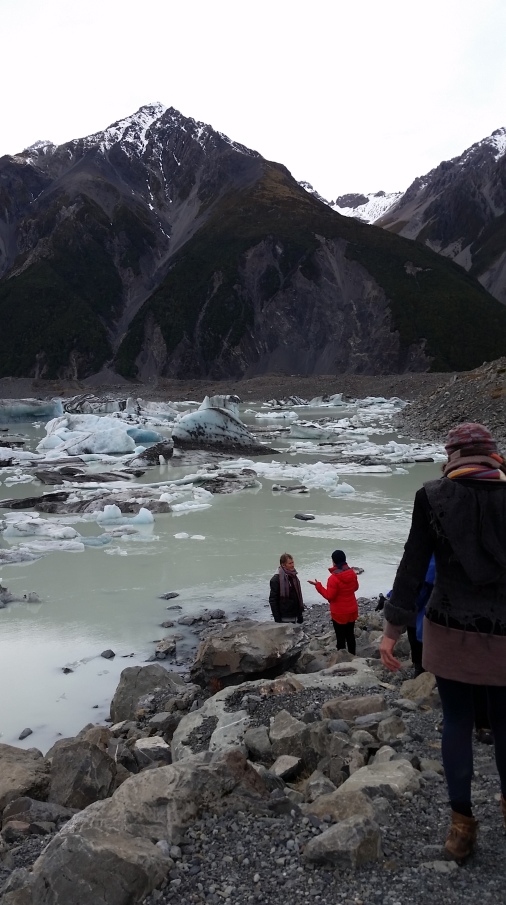 Raeul and I frequently looked at each other in disbelief as the two days unfolded in divinely orchestrated Perfection. I wish to honour my beloved partner in Sacred Union, Raeul, for his unwavering trust in me and for his delicious sense of humour. Together we honour our unseen mentor who completed the trinity that contained the energies for this incredible event, Ascended Master Almora. We also wish to acknowledge all members of our group who made up the formula of frequencies needed, and who triumphed over all obstacles to get themselves to an off-grid location in the middle of winter. 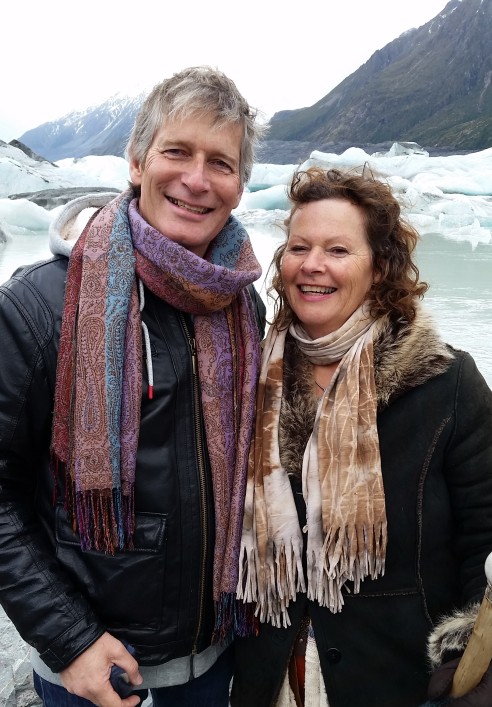 Now I share with you what I can recall of our second day as I reach back into the portal of Aoraki to give thanks to those ancient wisdom-keepers who have been watching humanity through eyes of compassion, witnessing our epic journeys of the Human Soul. It is now seven days since the portal was opened, allowing time for the golden energies to be grounded into our physical dimension before sharing this information.

Our group gathered an hour before sunrise on the Solar Event day of Winter Solstice, which marks the longest night of darkness in the southern hemisphere and celebrates the impending return of lengthening days of Sunlight. This time of year also celebrates the return of the Pleiades to our early morning southern skies – this neighbouring civilisation is hugely active in guiding Humanity back Home to their Christ-realised Selves. We could not have been offered a more powerful day! For this day spoke of the Solar energies – firstly, the return of the pathway to the teachings of the Great Central Sun (the Christ Consciousness) and secondly, the return of the Ra(Sun) Energies of the Sacred Divine Masculine which were received through Raeul and myself before being anchored by the group immediately following the opening of the portal.

The Guardians/Kaitiaki of the portal had visited me prior to the event to help prepare my electrical circuitry and central nervous system to receive their energies and a multitude of other energies needed to open the portal on the day. Yet the impact of the energies on Solstice morning saw me barely functioning in my body; thought, movement and speech was difficult – the vessel had been emptied to receive. We were blessed with a fine, clear morning, and as Raeul and I sat outdoors watching the Light of day gradually consume the darkness of night we realised we were  witnessing the future of Earth- a world where darkness would never eclipse the Light again.

A sense of great reverence settled upon the group as intentions were set and our invocations called forth Guardians and uncountable Beings of Light who gradually descended into our Sacred Space. As we moved around our circle to greet and connect Hearts with the participants it was Unseen Others including Lord Sananda and Lady Nada who lovingly met the gaze of the embodied ones in the room. Raeul said he saw the Guardians of the Portal working through me, greeting all, one by one. Lord Hilarion, Keeper of the Emerald Flame and Temple of Truth was also present, also Lord Serapis Bey, Keeper of the Ascension Flame and Ascension Temple of Luxor (and Telos).

I was guided to lead the group in our light-bodies up to the top of Aoraki to behold a Crystal Temple where we were welcomed with the utmost grace and gratitude by uncountable Beings of Light who bowed to us in appreciation. A moving ceremony to acknowledge this significant unfolding issued the invitation to all sentient beings on Earth to enter the portal to access the true and pure teachings of the Christed Consciousness which are the foundation of an enlightened, illuminated Golden Age of Light. Then, completely surrendered to all Beings of Light working through me, a rush of energies was transmitted from eyes, heart and hands while Sacred Codes in the form of Light Language and Tones began to flow from my mouth. The momentum continued to build and build and although I was aware of the tremendous forces working through me I have no real recall of what took place. Raeul later told me I had completely transformed in stance and manner and he could hardly believe this was Annwyn!

I do recall being shown a column of golden dust gushing upwards out of the apex of Aoraki which others also reported seeing, plus other colours too. Knowing our work was done, we let out a whoop of joy at the implications of this historical moment in the Earth’s Spiritual Evolution!

Raeul then took the lead as he moved onto the next major event that morning; to receive and anchor the codes and frequencies for the return of the Sacred Divine Masculine Energies. The necessary balance for Humanity to enter into a state of Christ-realised Beings began in the year 2000 with the return of the Sacred Divine Feminine, heralded by the revelation of the true story of Mary Magdalene (Lady Nada) . For many there is no doubt that Mary Magdalene was in Sacred Union with her beloved Jeshua, and as a High Priestess and Initiate of the Sacred Fire, supported Jeshua through his Sacred Mission. Now, Jesus (Lord Sananda) comes to us with his story of the Sacred Divine Masculine, but that is for Raeul to share with you.

(PS Spot my ‘Oops’ in this short video clip taken just before opening the portal to the teachings of the Christ Consciousness…of course I meant the Divine Masculine!!)

3 thoughts on “Golden Doorway to Our Divinity Opens”